swarm |swôrm|
noun
• a large number of honeybees that leave a hive en masse with a newly fertilized queen in order to establish a new colony.
• ( a swarm/swarms of) a large number of people or things : a swarm of journalists.

See video clip to the right.

In collaboration with Nouran Sherif, an Egyptian artist, and as part of the Firefly Tunnels Project, I created this installation for Sites of Passage, an exhibition at the Mattress Factory presenting work by Egyptian and American artists. This opportunity coming shortly after the momentous Tahrir Square uprising inspired me to undertake a project for which I had been collecting crowd scene images for over 6 years. Scenes of human gatherings for sport, entertainment, religion, politics are enmeshed here in a shroud-like skirt that is activated by visitors entering the gallery. 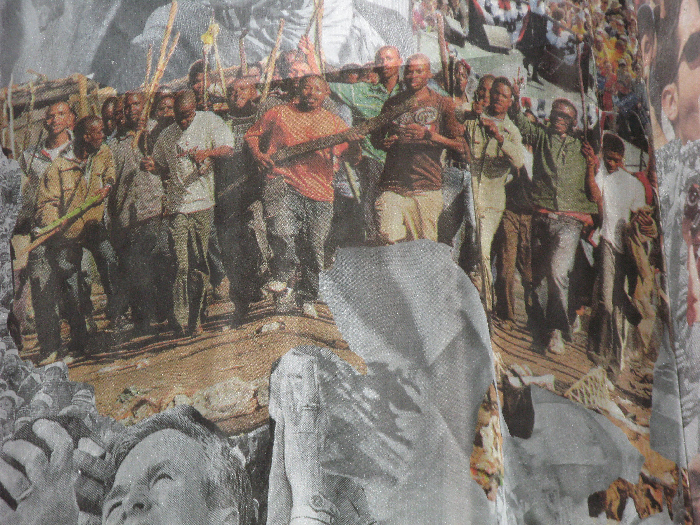