Viewers are invited to spin and ponder this replica of an authentic Pre-Civil War Topsy-Turvy doll’s double identity. The dolls were mass manufactured beginning in 1900. One of them was advertised saying, “Turn me up and turn me back, first I’m white and then I’m black.” The quote on the lazy-susan is taken from a handwritten sign that appeared on a fence where Sandra Bland was arrested in 2015 by a Texas state trooper. Shortly after her arrest, she was found dead in her cell. 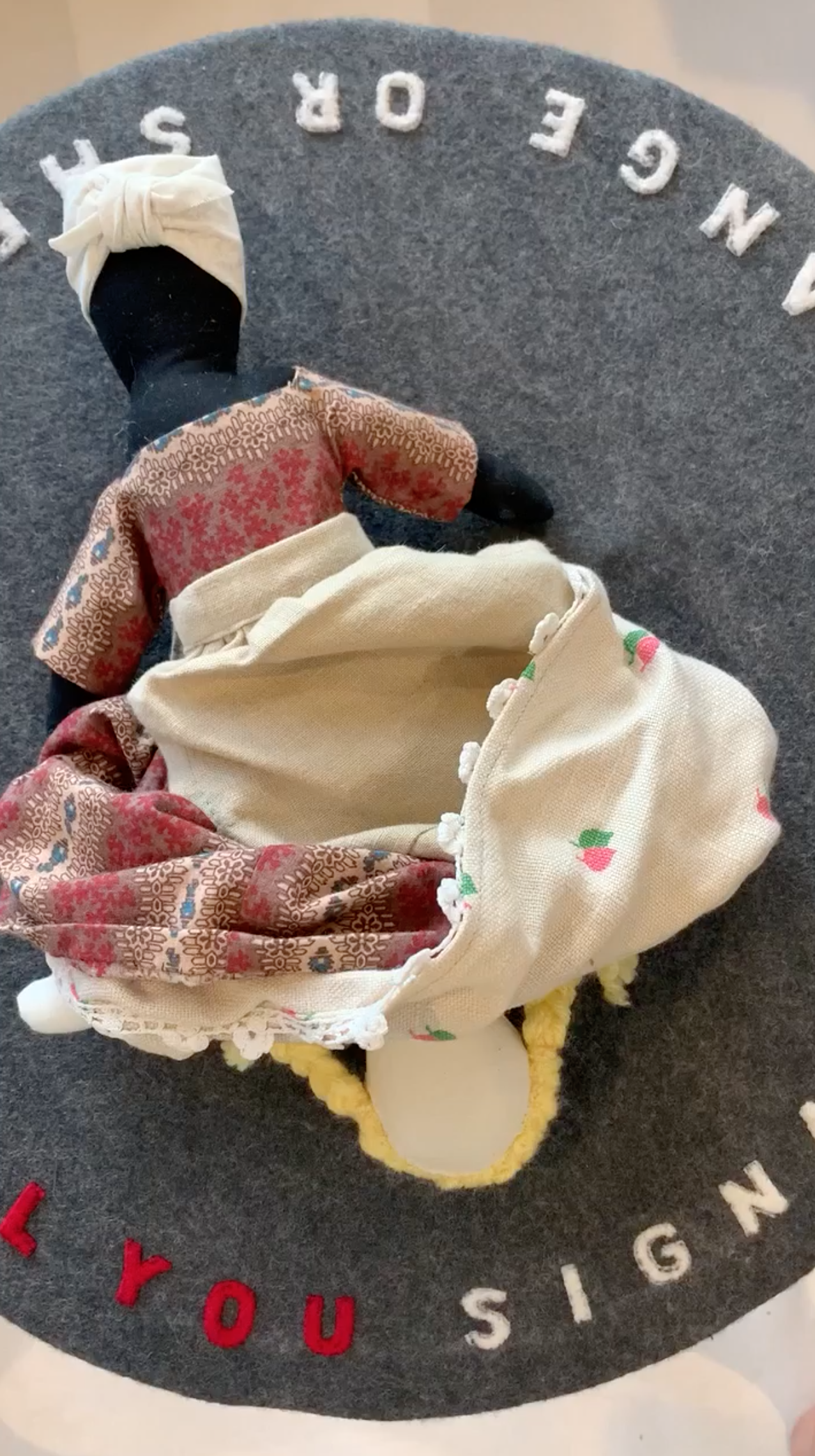